My name is Carmen Calvo. I am the writer of ‘Meat Glue’ and ‘Vaccinations’, both available on Kindle. On this blog you can find my most recent work.

Godiva, famous Belgian chocolates manufacturer, has stopped its production of alcohol filled pralines.
Founded in Brussels in 1926, Godiva now owns more than 500 retail stores worldwide and is available through some 10 00 retailers. Godiva also issues mail-order catalogues and enjoys an important online presence. Godiva pralines are beautiful, delicious and preciously packaged.
Godiva has not been in Belgian hands for a while now. Its current owner, Turkish Yıldız Holdings is a food and consumer goods manufacturer, specialized in biscuits and confectionary. It is also active outside its core business, in real estate, private equity and venture capital.
In 2008 Yıldız Holdings acquired Godiva.
In April 2017 Godiva stopped its production of liqueur filled pralines, only followed by an announcement in September 2017, stating a renewed company strategy.
Godiva, so its communication manager declares, wishes to ‘offer its products to every one, and pralines with alcohol are only for adults.’
Universal products for the widest audience.

Pralines are a select delicacy. They have a history and tradition. There is know-how involved. Patience and skill. The result is exquisite, with the added advantage of ‘pick and choose’.

So who are they kidding?

Food is nutrition. It is energy, satiation. At it bests it is also pleasure. But more and more, food is something else.
Food is now a health issue. We no longer eat merely to stave off hunger. Instead we make nutritional choices that are supposed to keep us in good health and shape. Foods are labeled, categorized. Brain-boosting, fast, carcinogenic, ketonic, junk, energizing, cleansing, organic, whole. 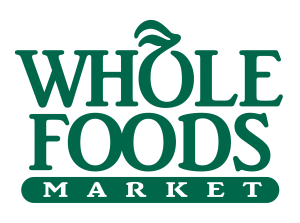 Sharing food is in my opinion the most beautiful act to bring people together. What stronger image than sitting together, breaking bread, raising glasses in a toast – of good health? Offering, accepting, savouring, uniting.

But food also separates. That is when food is power. Have and have-nots. Upstairs, downstairs. Those who control the granaries, those who think they know better, or best. And closer to home, well, ask any parent, and child. And now praline maker.

An overreaction on behalf of a few chocolates, you say? I wish it were.

‘Pralines for every one’, Godiva says.
I have never met ‘every one’. ‘Every one’ does not exist, except in the minds of tyrants and dictators for whom ‘every one’ is a template of a reduced human image, a fictitious entity without freedom, choice, liberty, voice, desire and preference.
With its decision to stop its production of liqueur filled pralines, Godiva has left the liberal world-wide luxury realm of sensory pleasure in favour of a limited, narrow-minded and bland dietary restriction with an obvious ‘Muslim/No alcohol’ flavour.

I would have welcomed a Halal extension to the Godiva selection. A special edition Eid al-Fitr gift box.

Sometimes, less is more.
But often more is exactly that. More. 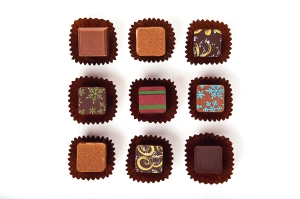 Perhaps it is a string of coincidences. When following the news, often it is both.
Last week, at the Wind Music Awards in Verona, after performing his summer hitsingle ‘Cheerleader’, the last lines of which he translated in Italian, the Jamaican pop singer Omi received a double platina award from the hands of Carlo Conti and Vanessa Incontrada. 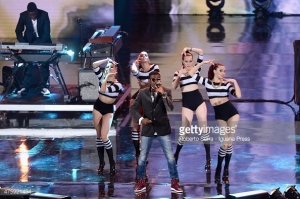 And that should be that. But Conti lingers, watching Omi’s background dancers leave the stage. Vanessa, his side kick, follows Conti’s gaze and pulls him along. Wink wink nudge nudge. Humor for the masses.
Ever the show host, Conti pretends to protest. Girls? Me? Oh no! Au contraire! You misunderstand! See? It’s just….
“Finalmente c’era qualcuno più bronzato di me.” Freely translated, finally somebody more tanned than me.

Omi is Jamaican. He is black. Conti is Italian. He is an idiot. Simple.

Was it a Berlusconi moment, recalling the PM’s description of Barack Obama as ‘giovane, bello e abbronzato’, young, handsome and tanned? Or was it an ill-judged retort to the mockery made of Conti’s ever more fake-baked complexion?

Carlo Conti BASTA lampade or, Enough with the lamps already!

Whatever it was, it was an insult to Omi.

Most non-Italians do not know Carlo Conti and in the bigger scheme of things, he is a nobody. And yet …

Since 1930, it has been a crime in Italy to insult the president of the nation and only now has the Senate agreed to, at least partially, scrap the jail term of up to five years for anybody convicted of lèse majesté. Hefty fines ranging from 5000 to 20000 Euros will however remain.

A tide of desperate migrants daily crosses the Mediterranean into Europe. People from Syria, from Africa, from Bangladesh even. Economic refugees, victims of war, people in search of a better future are entering Europe mostly via Italy and do so at an unprecedented rate. Italians meanwhile are divided, trying to find a balance between sympathy and compassion versus future economic and social uncertainties with political leaders often complicating rather than simplifying the debate. 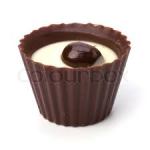 When discussing the lack of racial diversity in the British film industry, Benedict Cumberbatch last January apologised after referring to black actors as colored.

In 1968, the day after Martin Luther King Jr was shot, Jane Elliott, a third-grade schoolteacher in Riceville, Iowa first conducted her diversity training exercise “Blue eyes-Brown eyes” in her class. She is now an anti-racism activist and educator. Elliott’s idea was that if racism and prejudice are thought we can un-teach them. 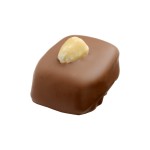 A classroom in Antwerp, Belgium has recently emulated her exercise. Spread over two days, the students are divided into two groups; blue eyes and brown eyes. Each group will consecutively hold the position of superior and inferior group. It is an intense exercise, interchanging oppressed and oppressor, unraveling talking about racism, understanding racism, practicing racism and experiencing racism. The results of Elliott’s exercise in 1968 were momentous. Anno 2015 they still are. Elliott’s original exercise has been adapted yet remains controversial. Some reproach Elliott for her blind, puritanical zeal. “Racism is racism and white ignorance is the problem,”she says. Be that as it may, societies change and as new challenges present themselves, new solutions and tactics need to be found. Slavery was not colonialism is not mass immigration.

Elliott’s exercise approaches racism as an overt form of prejudice.
But what about the unconscious, sublimated form of racism?

What when black is più bronzato, more tanned?

Ah, Carlo Conti. It was a gaffe and you got away with it. No mention of you or your misplaced joke in the newspapers. No public outrage. No demand for an apology. And perhaps that is the worst of all.
As for now, no cheerleader for you.
And that’s a wrap.