On Orchard Road in Singapore, there is a street vendor who sells ice cream sandwiches.

Not ice cream placed between two wafers. No, small blocks of ice cream, cut from a log (hence the name potong, cut), served on slices of multicolored bread. The ice cream is, well, ice cream. The bread is another matter.

Bright green and pink, purple and yellow, the bread oozes chemical additives which are undoubtedly regulated and not necessarily unsavory. Still, ice cream on bread is an acquired taste-combo.

East-Asian cuisine is rich, diverse, delicious and immensely popular, worldwide. Asian desserts however are less widespread and the global palate seems to have a more difficult time, appreciating Asian sweets.

Traditionally, dairy products are little known in East-Asian cuisine which is probably the reason for the wide divergence between Western and East-Asian desserts on offer and in the absence of milk and cream, other ingredients need to take center stage. With no lesser results.

need some getting used to and despite its refreshing, colorful and often original taste combinations and textures, ais kacang

remains a tough sell, while somehow the presence of red beans remains for many foreign to the concept of dessert. 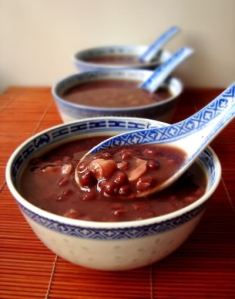 Lactose intolerance affects more than half of the human population after infancy and apparently in some Asian communities, this approximation rises considerably. This does not however seem to affect global ice cream consumption and although per capita per region the number of our licks may vary, ice cream remains a big seller. 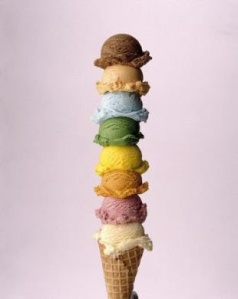 With less air incorporated during the slower churning process, gelato is denser than ice cream. But because gelato is served at a warmer temperature (around minus 5 to minus 12˚ C and not at minus 15˚ C), and is scooped up with a spatula which allows it to be ‘worked’ during the serving process, it looks creamier than regular ice cream.

With a maximum of 8% butter fat, coming from the cream, gelato contains less fat than for instance American ice cream to which processed vegetable oils or margarine are sometimes added.

And let’s face it. Gelato is Italian and it reminds us of summer, of sun drenched piazza’s 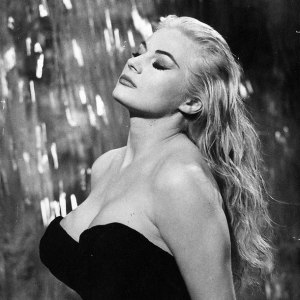 Times of course have changed and each year, even in traditional Italy, we see a growing trend towards the healthy and the anti-allergic. Milk-free, gluten-free, rice or soy-based.

Where are the purists?

And then there is the trendy gelato. Salted caramel, tiramisu, cheesecake cocco, Bounty, Duplo, yoghurt-basilico, licorice, cinnamon, and, with a hint of Asia, ginger. Better not mention the Viagra or Puffo.

Long gone, it seems, are the days of Paolo Conte.